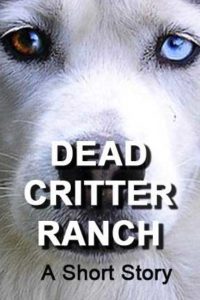 I am one who believes that houses are built for humans, not animals. That belief has often put me in conflict with my family and friends, particularly those who are partial to dogs. That having been said, I found it hard to resist the pleadings of my three young daughters and their mother to acquire a puppy.

“Can we get a puppy? We’ll take care of it and clean up after it. We promise. You won’t have to do anything.… so, please… please… please!”

After a few weeks of such begging, against my better judgment, I finally succumbed to their feminine will.

“Well, if I let you have a puppy, it will have to stay out of the house. It’ll be an outdoor dog.”

“And it will have to be a small dog. I don’t want a big mutt that will drop piles in the yard, and eat us out of house and home. But, no yappers either. I can’t handle yappers.”

“We’ll find just the right one,” my wife said assuredly.

“Remember, girls, a dog is a long term commitment. You can’t just decide one day you don’t want to take care of it anymore,” I lectured.

I immediately had second thoughts about my approval but the die was cast. I watched as my ecstatic little family headed down the driveway of our small hobby farm in search of the new love. A few hours later they returned, smiling and giggling. As they walked toward the house, to my surprise the two younger girls were each carrying a small ball of fur. My wife wore a rather sheepish look of guilt.

“Two dogs!” I exhaled in disbelief. “You got two dogs.”

“But they’re small,” my wife pleaded in her defense. “And they are brothers. We couldn’t separate brothers.”

“No, they won’t. They’re huskies and huskies aren’t that big.”

“Huskies! You’ve got to be kidding me!”

I could have marched them all right back to the car and sent them back where they got the dogs, but the look of pure joy in my daughter’s eyes was too much for any father to overcome. The puppies stayed. They found a home in the corner of the garage for a while, but it wasn’t long before dad had to build a kennel, and dad had to install a doggy door from the garage into the kennel, and dad had to build a doghouse. Soon the dogs grew from adorable little fuzz balls to teenage dogs that shed like crazy, ate everything in sight, and left large piles of poop.

One other thing I hadn’t anticipated. These two brothers, now named Sully and Kiowa, became escape artists. They could climb fences, chew through plywood, rip holes in chain link, and defy any form of containment I could devise. I tried the invisible fence with the wire buried around the perimeter of the yard and shock collars on the dogs. The collars were totally ineffective until their thick fur had been shaved away to allow the collars to contact their skin. They definitely felt the shock. The two would approach the boundary, share a “this is going to hurt” look, then bound across the barrier with a yelp and be off on the hunt.

Huskies are runners and hunters. Fortunately, we lived in the country with acres upon acres of wooded area. A creek ran through the lower part that provided muskrats, rabbits, squirrels and plenty of other prey for the two energetic hounds. As penance for escaping, they would deposit the trophies of their hunt on our front lawn and porch. Our cemetery of carcasses grew almost daily and I got tired of digging holes. The UPS driver who visited our home regularly referred to our place as “The Dead Critter Ranch.”

I thought things had got completely out of hand when the dogs showed up one day with the hindquarter of a cow. I had to come up with a way to contain these two creatures. In the meantime, they continued to defy my attempts. One Sunday morning I opened the front door to find the neighbors white American rabbit in a heap on the porch, the one their daughter had won first prize at the county fair with. The neighbors had not been pleased with Sully and Kiowa’s almost daily romps through their place but until now, had not caused any real problems. How they had got the rabbit out of its hutch was a mystery, but being masters at breaking out, breaking in would be no challenge.

I didn’t relish the idea of presenting a dirty, dead prize bunny with the accompanying humble apologies. If I simply buried the thing, I’m sure our neighbors would have their suspicions. I looked over the rabbit and found no bleeding or punctures. It was just dirty. Then the thought struck me. What if I cleaned it up and put it back in the cage. They were gone to church this morning. Maybe they would think it died of natural causes. Sometimes irrational plans sound good in times of stress.

I carried the dead animal to the utility sink, broke out the shampoo and lathered it up. Once clean, the hairdryer fluffed up its fur nicely. The big white rabbit lay there looking as though it were quietly napping. This could work.

Making sure the neighbor’s SUV was gone, I crept through the trees and into their back yard to the rabbit hutches. The deceased rabbit’s hutch was unlatched but with no other sign of a break-in. I wonder how those guys got in. I placed the big bunny on the straw, arranging him in a comfortable position, locked the cage, and made my way home without being caught. Success!

The next day, I met Brian, our neighbor at the mailboxes where we exchanged the usual pleasantries. “Hi, how are you. Nice day.”

“Did you have a nice weekend?” I casually asked certain I had gotten away with my plan.

“Well, you know the strangest thing happened. Our prize-winning American rabbit died the other day so we had a little funeral and I buried it. Then Sunday afternoon I go out to feed the others and I found it back in its cage!”