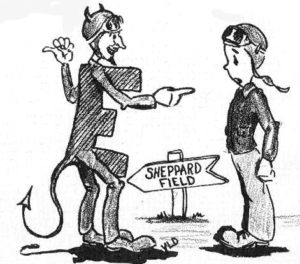 Dreamers, Schemers, and Scalawags
Challenges of the entrepreneur life

This book provides examples of real-life situations that will arm the entrepreneur with knowledge of how to avoid costly mistakes and devastating encounters with dreamers, schemers, and scalawags.

“I’ll betcha five bucks I can tell you exactly where you got them nice shoes.”

“OK, I’ll bite,” I said knowing I was about to lose five bucks. I was certain that there was no way this kid could know where I bought my shoes, but I figured it would be worth it just to see how he was going to pull off his scam.

It was a warm and humid evening in June as I left the New Orleans French Quarter on my way back to the Convention Center. The walk took me through Woldenberg Park along the Mississippi River where the Steamboat Natchez was making its way to the dock. Jazz wafted over the water as the passengers finished the last morsels of their dinner cruise before disembarking. It was dusk, that time of evening that seems magical, particularly in New Orleans.

As I entered the park down wide concrete steps, there were three young black men sitting on retaining wall playing cards and laughing. As I approached, one young man jumped off the wall with a big smile and called over to me, “Hey, man, those are some great looking shoes you got there.”

I was wearing my standard convention garb of slacks, dress shirt, and a blazer slung over my shoulder. I had no doubt it was obvious I was a businessman taking a break. It was also obvious this guy was a panhandler so I just said, “Thanks,” and continued on my way. I was a small town guy pretty new to the city, but I figured I knew when I was being hustled.

“No, man, I really mean it. You got some great shoes. I bet I can tell you exactly where you got those shoes,” the young man said with a friendly grin. His buddies paid little attention as they sat on the wall concentrating on their card game.

Now I had fairly new shoes, but they weren’t anything special. In fact, I had bought them in Minnesota from a cut-rate chain store for this trip. The chances of this guy knowing were I got them was slim to none at best.

The young man strode into step beside me as he continued, “No kidding; I’m so sure that I know where you got those shoes that I’m willing to bet you five dollars I can tell you exactly where you got them.”

He seemed like a likable fellow, but I really didn’t want to get into a conversation with him. I just wanted to be on my way so I said, “I’m from out of town and there’s no way you would know where I got my shoes. I wouldn’t want to take your money. Anyway, I have to get back to a meeting.” Of course, that didn’t end it.

“Listen, man. If that’s the case, you can’t lose. Here’s my five bucks.” He pulled a five dollar bill from his pant’s pocket and waved it in front of me. “It’s yours if I can’t tell you where you got your shoes.”

The situation was getting a bit comical and, I have to admit, I was curious as to where he thought I had bought the shoes. If he was crazy enough to think he knew, then it was worth five bucks to find out.

“Alright,” he said with an even bigger grin. “If I tell you where you got your shoes, you’ll give me five bucks, right?”

“Yep, that’s the deal,” I said waiting for the catch that I knew had to be coming. I was pretty sure that any which way it went, I was about to lose five dollars. I just didn’t know how he was going to pull it off. It was worth it to find out.

He then held out his open hand with a little bow and a knowing grin.

I suddenly had a mental image of the cartoon character that turns into a lollypop with “sucker” written across it.

“You are right,” I said with a sheepish grin trying to maintain my cool. “That’s a good one. You got me.”

I handed the young man my five dollars and walked away feeling more than slightly embarrassed.

“You’re alright, man,” came a reply from behind. “Have a good evening.”

As I glanced over my shoulder he jumped up on the retaining wall and picked up his cards as he waited for his next victim. It was a business and he was good at it.

That was over thirty years ago. I have had dealings with all kinds of people since then from millionaire businessmen to shady characters. You would think that I would have learned my lesson, but a hustler, good at his trade, can still take my money.