Schellville
The Aviator and the Hippie

The story of a young aviator who undertakes a quest for adventure and love. Along the way, he encounters truly unique people and places. 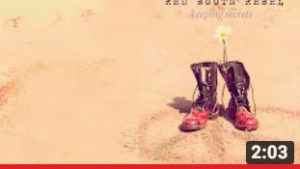 The story of an Air Force airman whose innocent world is rocked when he uncovers disturbing truths regarding the Vietnam “conflict.” Serving several years in a top secret organization, he witnessed behind the scenes politics. What he did next was bewildering to those in command.

A documentary film honoring the contributions of Lt. Vernon L. Drake in World War II. Lt. Drake was a B-24 pilot in the China, Burma, India Theater. He also painted a number of nose art pictures on bombers, two of which are now in the American Airpower Heritage Museum collection located in Midland, Texas.
Long Version – (30-minutes) – click here

The Beginning of IDEA

A documentary film on the International Deaf Education Association, founded and developed by Dennis and Marilou Drake on the island of Bohol, Philippines. IDEA has grown into an organization that educates and employs hundreds of Deaf. It is a remarkable story and the subject of the book ‘When Silence Calls; Freeing the Island Deaf’.

"Great stories for a quick read."