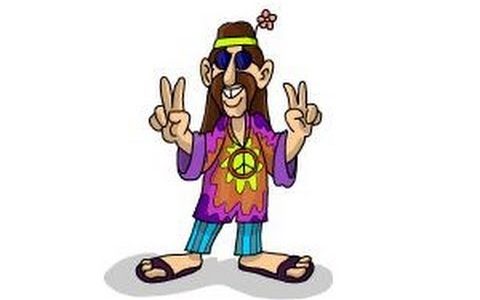 A full half-century has passed since I wore bell-bottom pants, paisley shirts, and a fringed leather jacket. To be honest, I was never quite that cool. I did own bell-bottoms and paisley shirts, yes—but, no fringed leather. A ragged old jeans jacket had to do. But that was in the early 70’s. In high school, I was caught between the doo-wop days and the Beatle cut, white socks, and penny-loafers.

Back in those days, college was the way to avoid the draft. The Vietnam War was raging somewhere in Asia, and nobody wanted to become a jungle-tramping, ground-pounder carrying an M-16 rifle. Of course, there was always Canada, but that was considered the coward’s way out.

My first attempt at college was a total bust, so I figured joining the Air Force was safer than getting drafted. As it turned out, attending classes and studying harder in college would have been the best alternative by far.

I ended up in a top-secret compound run by the National Security Agency in the East China Sea, processing intelligence information coming out Vietnam and all South East Asia. “Intelligence” was an oxymoron when referring to military secrets. Sending hundreds of thousands of good American boys to fight a war we couldn’t win, in a country that didn’t want us, didn’t seem intelligent to me. The more I learned, the less I believed in our government’s decisions.

At any rate, many years later, after raising a family and obtaining a crop of grandchildren, my daughters convinced me to write down my unique experience of protesting an unjust war from within the military. They had heard my stories many times of the Red Boots Rebels, and our stand against the idiocy of the Vietnam War. In a way, the story of the Red Boots was the M.A.S.H. of the late 60’s. While being intensely serious with potentially grave consequences, the outcome was quite humorous.

2 thoughts on “From Bell Bottoms To Army Boots”